OYO CSDA begins Sensitization & Mobilization of Stakeholders on OYO-CARES In All LGs and LCDAs of Oyo State. 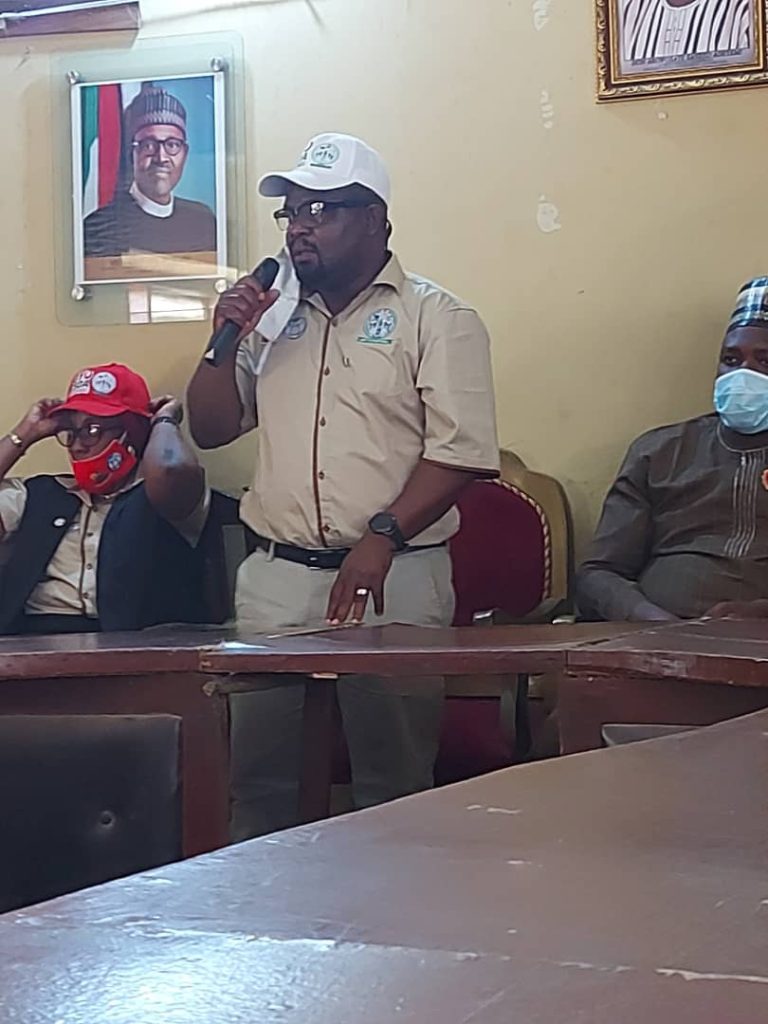 The Oyo State Community and Social Development Agency, under the Chairmanship of Hon. Hammed Babatunde Esuola, led the team of the Sensitization programme yesterday, 9th February, 2021.

Hon. Hammed Babatunde, the Chairman of the Agency opened up the essential need of the Sensitization programme as a way to carry along grassroot authourities, Communities, Societies, traditional rulers, groups, CDCs and the less privileged people.
He also highlited that, “Nigeria Covid-19 Action Recovery & Economic Stimulus(N-Cares)” which the Federal Government consider it necessary to cushion the hardship and dwindling economic effect on the masses. Thereby, the programme was channelled through this Agency, Oyo State and other States of the Federation.

In view of this, Oyo State, through the magnaminity of His Excellency, Engr Seyi Makinde has immediately approved this laudable programme and gave the matching order, named OYO-CARES.

In her own contribution, the Acting General Manager of the Agency, Alhaja(Engr.) R.A. Adabanija gave more insight of the Composition of the Local Care Committee, to be headed by the HLGAs. She further disclosed that, this is a New programme and is a World Bank Assisted collaboration targeted at 3 Basic Needs, Education, Health and Water and would equally involve other patner Agencies like Fadama, OYOSIPA and others.

In another development, the Head of Operations, Mrs Bode Raji also emphasized that, Widows, Widowers, Disabled People, Less Privileged Youths and other dependants in the Societies are the main focus for this Programme and the Agency will recognize and Grant their requests based on the formation of the group of minimum of ten people and maximum of thirty.

The Alaawe of Awe, Oba Cornelius Taiwo, The Akibio of Ilora, Oba Stephen Olufemi Oparinde II and Chief Samu of Oyo Land, Chief Lamidi Olayiwola, who spoke on behalf of the traditional rulers, commended the Agency for the sensitization programme to the Local Government levels and charge the Agency to give priority to the basic amenities to the communities and villages.

The Chairmen of CDCs in the Local Governments Appreciated the support they always enjoy from the Agency and promise to take sensitization programme to their respective meetings.