A call to develop Igbo-Oba in Igboho to a Tourist Attraction Centre. 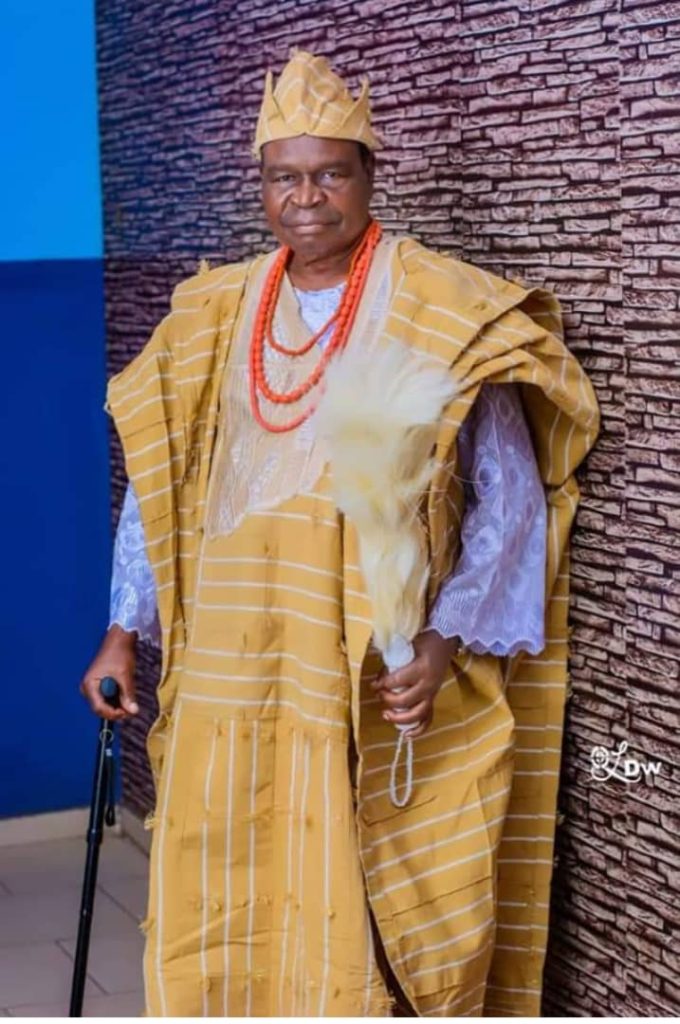 A reknowned Director of Personnel Management (retired), Prince Victor Bayo Tella, has made a clarion call on the Oyo State government and Oorelope Local Government, Igboho to work together to develop “Igbo-Oba” to a tourist attraction centre.

Igbo-Oba in Igboho is the area where four Alaafins were buried during the period when the Oyos stayed in Igboho when they were making their journey back to Oyo-Ile from Gbere in the Ibariba Country.

During the reign of Alaafin Onigbogi (1497), in his quest to conquer more territories, he sent out almost all the Eshos (soldiers). When the king of the Tapas (Nupe) became aware of this fact, he seized the opportunity to enter Oyo-Ile without any opposition. Alaafin Onigbogi fled to Gbere in the Bariba Country. King Eleduwe of the Ibariba Country received them with open arms because Ofinran’s mother was a Bariba woman. But it was not convenient to host such a large number of refugees for a long time.

Alaafin Onigbogi died in Gbere and his son, Ofinran became the Alaafin in 1512. He returned the people to Saki where he reigned and died.

Egungunoju, his son succeeded him in 1534. The body of Alaafin Ofinran was wrapped in an ass’s skin to be taken to Oyo-Ile. At a place called Okutu-gbogbo, the cord broke, and the body had to be bound up afresh before they could proceed. On the very spot in which this happened, the palace at Saki was built.

Alaafin Egungunoju would have preferred to return to Oyo-Ile but he had to acquiesce in Igboho to ward off Borgu and Nupe invasions.

They encamped at Ijusanya, a desert place. Whilst there, two large birds, an “Igbo” and “Oyo” were seen fighting and they chased each other from the bough of the tree under which the Alaafin sat until they came down to the ground and he ordered both to be caught and killed.

This occurrence was regarded by the Alaafin Egungunoju as a happy omen. He therefore resolved to build a city there and to remove the seat of government to the place. From the examples of the birds, he was resolved to fight to the last drop of blood in his veins any army that came against him there, never showing the “white-feather”. The city was accordingly built there and was named Oyo Igboho, after the two birds, Igbo and Oyo, and there, he buried the remains of his father, Alaafin Ofinran.

Egungunoju was succeeded by Orompoto in 1554.. He was said to have been a powerful Princess who turned herself into a man to ascend the throne.

Orompoto’s reign marked a turning point in positive military development of Oyo Empire. His army’s rear-guard had one thousand horse soldiers and a thousand footmen.

A soldier himself, he commanded the army personally. He built a fence round Igboho and Igbope and the ruins of the fence wall could still be seen today in parts of Igbope along Igbope-Kisi road.

He was succeeded by Ajiboyede, popularly called Oba Sopasan in 1562. It was a throne raised to a state of military preparedness that Alaafin Ajiboyede ascended; to intensify a policy of repulsion of Nupe and Borgu invaders in the unstable capital of Igboho. He was preparing to move the capital to Oyo-Ile when he died. He was the fourth and last king buried at Igboho.

Alaafin Ajiboyede was succeeded by Alaafin Tella Abiipado popularly called Abipa or Oba Moro (the ghost catcher) in 1570. During the return journey from Gbere to Oyo-Ile, one of the reasons for the stop-over at Igboho was the birth of Tella Abipa when they reached a stream.

Abipado means “born beside a stream”. Abipado was shortened to Abipa. He was popularly known as Abipa when he ascended the throne. Alaafin Abipa had been charged by his father to return the capital to Oyo-Ile. He wanted to effect this return but a new situation that developed was the stubborn opposition of the Oyomesi to the policy of a return.

The Oyomesi and those born at Igboho were strongly opposed to the removal, but could not prevent or disuade the Alaafin from carrying out his purpose. They therefore had recourse to a stratagem by which they hoped to thwart his purpose.

When they knew that the Alaafin was about to send to inspect the old sites, and to propitiate the gods as a preliminary to re-occupation, emissaries were secretly sent by them to precede the Alaafin’s messengers.

The Bashorun sent a hunchback, the Alapinni an albino, the Ashipa a leper, the Samu a prognathi, the Lagunna a dwarf and the Akinniku a cripple. All these emissaries are considered in this country as unnatural beings, suffering the vengeance of the gods, hence they are termed “Eni Orisa” (the belongings of the gods).
As the Alaafin’s messengers were about to offer the sacrifices at the place appointed, these counterfeit apparitions who, according to instructions, had posted themselves on the Ajaka hill, at the foot of which the palace was built, by a preconcerted plan, suddenly began to shout “Ko si aaye, ko si aaye” (no room, no room).

At night, they roamed about the hill, hooting and cooing with lighted torches in hand, and they were taken for the spirits of the hill refusing them readmission to Oyo-Ile.
This report was very distressing to Alaafin Abipa, and he was at a loss of what to do. The Ologbo or Arokin (chief cymbalist) shrewdly suspecting the real facts of the case, advised his master to send hunters to investigate the truth of the matter. Booni, Igisubu, Alepata, Loko, Gbandan and Alomo were the six famous hunters sent. They armed themselves with weapons and with charms to meet any contingency for self-defence.

When these hunters discovered that they were human beings, they came upon them, caught them alive and brought them before Alaafin Abipa. Each of them disclosed who sent him while their masters were ignorant of what had happened. The king kept them in the palace until the Jakuta day when the weekly meeting of the king and the Oyomesi usually take place. After the usual proceedings and religious ceremonies of the day were over, the Oyomesi retired into the banqueting hall for refreshment and drinks. Alaafin bipa adopted a very clever way of administering a silent rebuke to the Oyomesi, which had a very strong effect on them.

On this occasion, the king sent to each of the Oyomesi a calabash full of beer by the hands of his own emissary, the “apparitions” of Oyo! The Bashorun saw, with dismay, his hunchback whom he thought was playing the ghost at distant Oyo-Ile emerging from the King’s inner apartment with a calabash full of beer for him, the Alapinni his albino and so with all the others, each being waited upon by his own emissary! Instantly, a deep silence pervaded the room and the rest of the time was passed in an omnious stillness. Alaafin Abipa and the Oyomesi parted without a word being spoken on the subject. From this incident, Alaafin Abipa was nicknamed Oba Moro (the King who caught ghosts). Oyo-Ile was then resettled, possibly before 1590.

As at today, there is a building on the grave of Alaafin Ofinran. The burial sites of the other three Alaafins, Egungunoju, Orompotoniyun a.k.a Ajiun Arobosete and Ajiboyede a.k.a Oba Sopasan have been marked. Something must be done to make their graves sanctified and attractive.

A royal Arc had been constructed at the entrance to Igbo-Oba in 1992 when Engineer Ogungbenro was the Chairman and Prince V.B. Tella was the Director of Personnel Management of Oorelope Local Government, Igboho.

The construction of a fence round the Igbo-Oba was started then. This fence should be completed to give Igbo-Oba the sacredness, sanctity, dignity and protection it deserves as the burial ground of four great Alaafins.

There is also a streamlike well that is linked with another neighbouring town (Sepeteri?) such that if your water-drawer falls into it, you can retrieve it from a stream in that neighbouring town. This should be identified and re-moulded.

There was the story of a woman who was constructing a building without his husband’s consent. When the husband got to know, he cursed the ground of the building and the mud turned into a rocky clay.

The footstep of the man can be identified in the rockyclay at the site. Most probably, the stream and the building site are in Loko area of Igboho but I am not very sure.

The Oyo State government should encourage each local government to explore her area for mysterious or wonderful natural phenomena that can be developed and turned into a place of tourist attractions in addition to the existing known ones so that the state and local governments can earn a sizeable revenue and make the world know more about our country. Just as we spend much money visiting Israel, Mecca, Medina and other countries, we can also develop our beautiful and mystery sites to earn us much revenue from foreign and local tourists.